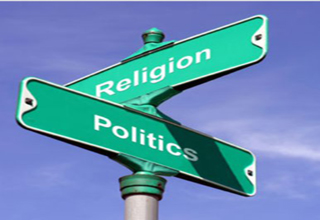 honour the torturers of Egyptians on 25 January, 2011, while the majority of those who took to the streets that day were all convinced that their protests would be a success.

The determination of the youth succeeded and the force of the people joined them. The Muslim Brotherhood was late to join, but they compensated with an active contribution through thwarting the latest attack of Mubarak’s regime during the day of the Battle of the Camel.

During a referendum on constitutional amendments in March 2011, there were accusations of disloyalty against those who urged people to say “no” to the amendments, including me. I did not consider this a dangerous disagreement that would hinder building a new Egypt. I said that it was just a natural exaggeration of people who had just started to experience freedom after 60 years of tyranny, corruption and oppression. So it was normal that some people would become aggressive in their disagreement with others. I myself portrayed the matter as a sign of democracy and I believed that we should accept the situation until matters calm down and people realised that suppression had gone forever – as long as we remain alert.

The elections of the People’s Assembly and the Shura Council came and the Muslim Brotherhood and Salafis won the majority of seats. The matters changed. Democracy should not exclude any political faction. We expected that the Brotherhood’s parliament would take the initiative to prove its worth through expressing the aspirations of all Egyptians and that yesterday’s victim would become a sound authority for Egypt.

However, it seemed like the parliament suffered a state of confusion, a narrow political vision and an inability to represent society.

It did not achieve anything and it without enacting a law that could benefit the revolution or support the demands of the underprivileged. When I ask anyone about what they remember about the dissolved parliament, they remember an incident in which an MP called for prayers while the parliament was in session. Another one said he remembers the incident of an alliance of MPs against young lawmaker Ziad El-Eleimi over his criticism of the sacked Field Marshal Hussein Tantawi. However, the same group defended another lawmaker when he insulted former International Atomic Energy Agency (IAEA) chief Mohamed ElBaradei.

The presidential elections also arrived and ended up a contest between a Muslim Brotherhood candidate and a former regime figure. It was, in my view, a saddening result that did not fulfil my expectations. As an activist, I knew that the freedom of speech and the rights of women and minorities would be at risk under a religious rule. I also knew the disaster of reproducing the old regime through electing one of its figures. I then decided to give my vote to a political opponent rather than supporting a tyrant enemy.

Whenever I thought of boycotting the elections or invalidating my vote, I would remember that I accepted the principle of the elections and that the elections would continue. I had to choose the lesser of two evils so that Mubarak’s regime would not be reproduced again and we would not return to the zero point.

Mohamed Morsy won the election. He then monopolised all powers after the parliament was dissolved and the military council sacked.

Although the Muslim Brotherhood seized power, they are still claiming that they are a victim. If you criticise the authority, you then criticise them and this is considered a bid to sow sedition.

If you attack a presidential decree, you then are an enemy or from the unsuccessful elite.

If you talk about freedom of expression, you will find them talking about similar issues as if they are experts.

And because the worst revolutionaries are those who come after a revolution, they use the expression “where were you during Mubarak’s era?” or “why did not we hear your voice before?”!!

They all transformed into strugglers and their opponents are plotters calling for the fall of the country.

They now represent the authority and they should have more tolerance towards others and present a model in respecting the other’s opinion, even if the other is an enemy. But the Brotherhood refuses!

They now have the power and their opponents are many, do they understand this and stop being arrogant and conceited?

The ball is in their court now; in the court of the Muslim Brotherhood.